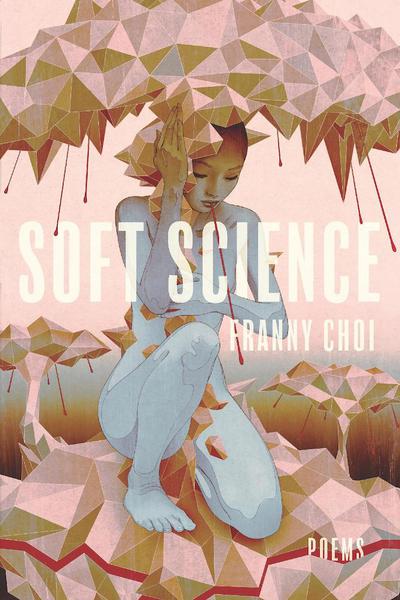 “This is a test to determine if you have consciousness,” Franny Choi writes in Soft Science. 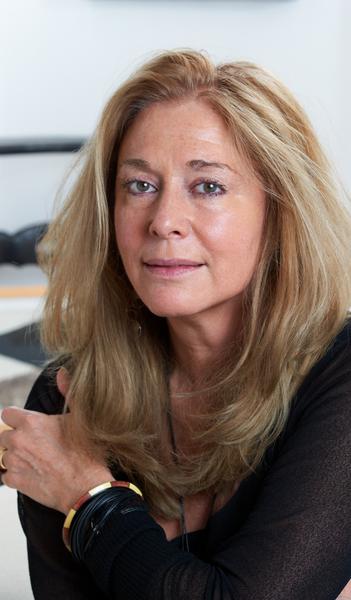 The Possible Absence of a Future: Talking with Jorie Graham

I saw Jorie Graham give a reading once in spring 2008. It was at the Brookline Booksmith in the Boston area, and she was reading from her then-new collection Sea Change. Though I’d loved her work for years, I wasn’t sure what to expect at her reading and feared that in person she might not conjure the meticulous passion that’s informed her work throughout her career. But when Graham stepped up to the microphone, she didn’t do the usual cursory introductory banter poets usually do before quickly

Hello, the Roses by Mei-Mei Berssenbrugge "I want you to live with the waterfall, not just to look at it, but for it to become an integral part of your lives," Frank Lloyd Wright wrote to the occupants of his famed Fallingwater house. Like Wright, poet Mei-mei Berssenbrugge is interested in the convergence of the natural and the crafted. Over several decades and a dozen books, she has perfected a poetic voice to this end that utilizes natural imagery while also leaving the architecture of writi 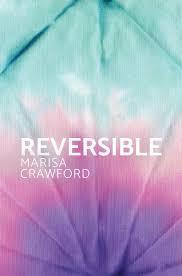 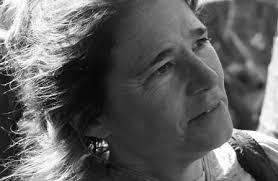 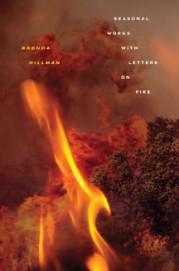 In the year 6939, a time capsule buried as part of a 1939 World’s Fair exhibition is scheduled to be opened. Since the contents were cataloged and much of the element of surprise will be gone, it is difficult to estimate how much interest this will garner. Will it be the doll and thread or the vial of seeds that holds meaning to the people of 6939? As in time capsules, one never knows what references or tonal registers will date a poem and which will prove timeless. Brenda Hillman took this ris 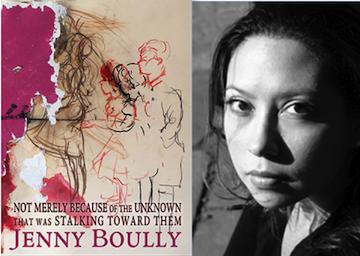 ELM: I want to ask you first about form since you’re someone who embraces so many varieties of representation. At what point does form enter your compositional process? JB: I feel that form is somewhat of an afterthought. For me, the content is always in the foreground–it’s language, the glimmer of a scene, a suggestion of a sentence that comes first, but form does not linger too far behind. I was only twenty footnotes in before I dreamt up the form of the blank pages in The Body. Form and comp 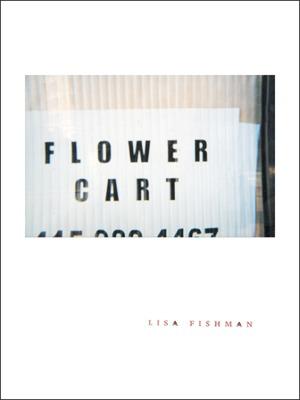 Lisa Fishman's"Flower Cart was named for a sign seen outside a BART station in Oakland, CA. This story behind the title becomes a perfect synecdoche for the book's sources and projects. First, the book engages with found texts (the sign itself). Then, there is an element of the parochial (flowers for sale) among the whizzing language play (the mass transit). These elements combine to form a quilted collection, one best understood initially via dissection. Ultimately, the best way to read Fishman 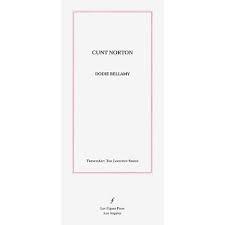 In one episode of the BBC series Balderdash & Piffle, feminist writer Germaine Greer discussed the word "cunt" at length. This word, Greer noted, is one of a scant few which have retained the ability to genuinely shock its audience in general parlance. Though usage of "cunt" is still divided between those who use the term as an insult ("'cunt: our essence... our offence," Andrea Dworkin writes) and those who use the word within a context of feminist reappropriation, the word is indeed charged, n

Bookslut | Benjamin Britten: A Life for Music by Neil Powell

It isn't often that a classical music composer joins the likes of the Queen of England. Yet on September 1, 2013, the composer Benjamin Britten became the only person other than the Queen to earn his full name on a fifty-pence piece. In celebration of Britten's centenary, a postage stamp bearing his image was issued earlier this year. England is indeed proud of her native son, the prolific composer of operas, song cycles, vocal works, and chamber music. The man called by fellow composer Sir Mich

As an artist’s statement, the visual artist Miriam Schapiro once set forth the idea of femmage. 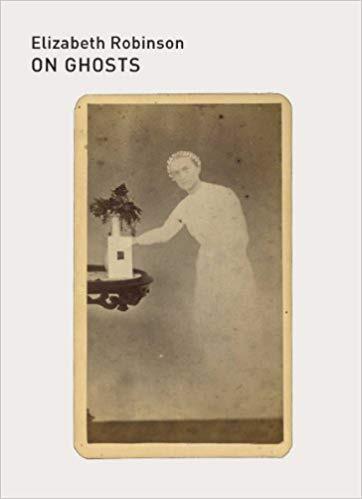 Bookslut | On Ghosts by Elizabeth Robinson

Recent literary history has shown a rise in texts that fit somewhere between the realms of poetry and essay. Authors such as Maggie Nelson and Jenny Boully have elevated these hybrid genres to their own art form. Nelson did it in Bluets, a dazzling text that meditated generously on the color blue while also incorporating snippets of memoir. Boully has done it a bit differently in each of her books, sometimes using the hybrid form to talk about love (one love affair) and sometimes using it to rec 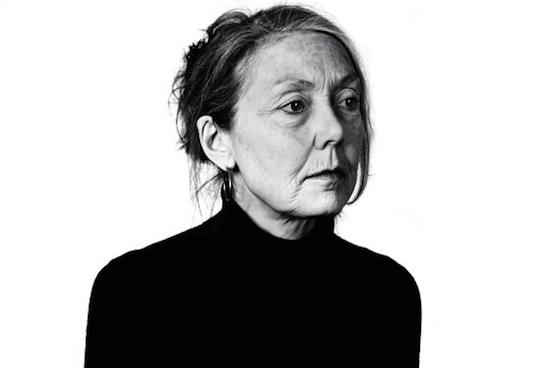 In tradition dating back to Homer, epic poetry often begins not at the start of the story but in the middle of the action – in media res. The historian Horace was likely the first to use this term, circa 13 BCE, saying that the ideal poet ‘hurries to the action and snatches the listener into the middle of things,’ a technique Homer used in both the Iliad and the Odyssey. This technique continued to be popular in later epics, including the Aeneid and Paradise Lost. Anne Carson, then, was likely 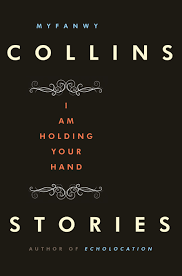 I Am Holding Your Hand by Myfanwy Collins

In I Am Holding Your Hand, Myfanwy Collins delivers nearly forty flash fiction stories that often center around innocence. Given the ambitious nature of this collection, it’s no surprise that some stories display her talents more than others. Ultimately, this is a winning collection with some unfortunate moments. It is also an overfull book—with so many stories, it’s hard to keep track of details. Collins is at her best when she pulls sleights of hand to conceal information from readers. Take t 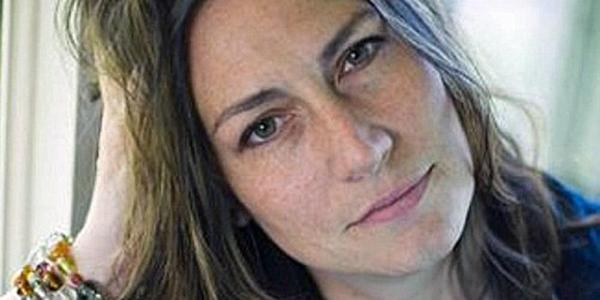 Vanessa Veselka on Giving a Voice, at Least a Little Bit, to a World that Has No Voice 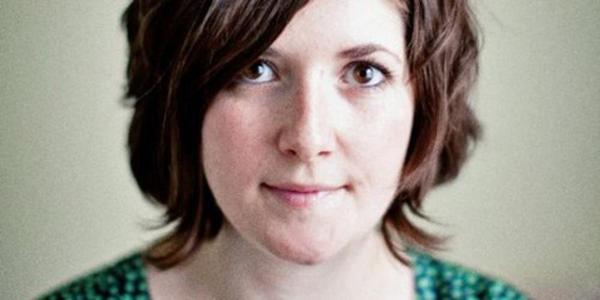 Claire Vaye Watkins Walks the Tightrope Between Chaos and Control 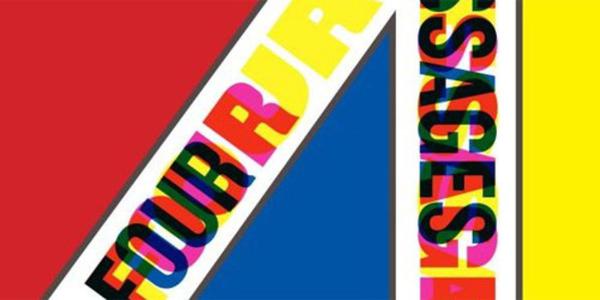 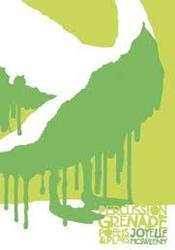 The first piece of text readers encounter in Joyelle McSweeney’s Percussion Grenade (Fence, 2012) is an instruction that the poems are to be read aloud. As the poems themselves begin, this instruction becomes more daunting. McSweeney’s poems are dense and don’t allow many obvious spaces for breath. Having had the pleasure of hearing McSweeney read several years ago, I feel safe in my estimation that it is only McSweeney herself who can do aural justice to these poems, though it’s invigorating to 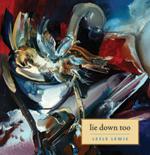 Lesle Lewis's lie down too reviewed by Erin Lyndal Martin

Certain shellfish come with a kind of “key” on their underside to help you open and consume the meat inside. Often, books of poetry are the same way, featuring poems that teach the reader how best digest the meaty poems within. There are a few keys hiding throughout Lesle Lewis’ lie down too (Alice James Books), but mostly unlocking this volume’s exoskeleton leads to more questions about how to read it. One such poem that simultaneously opens and hides the book’s content is the remarkable “Fear
Load More
Close ✕